A WiM reader* turned us on to “Cute House”– an episode of The Dress Up Gang, which is a show on the cable channel TBS, and that’s about all we know about it, apart from the fact that this clip manages to poke fun at the stereotype of emotional stuntedness that tends to characterize men in film and television, while simultaneously introducing a sort of sincere space to explore its opposite: male introspection and men’s ability to actually care about the aesthetics of the home and about each other. It cheekily swaps in female stereotypes, but also earnestly suggests men too can be nurtured by the cute. Simultaneously hilarious and somehow heartfelt — and able to be taken as both — the sketch seems to have affected viewers more deeply than most sketch comedy sets out to do. Here are a few comments on the video on YouTube.

From Kirsten Ivy:
Holy shit, this is woke AF. Homie is healing generational trauma with the support of his crew. HELL YEAH!

From grosslyoverrated:
this is the the best thing i have seen in so long. if this is where humanity is headed, i have a touch of optimism that i didnt have previous to watching.

From a d:
My boys and I are wayy more compassionate to each other after all having watched this video, NO bullshit this is great.

From AquaLounge-Watsu SF East Bay:
I just forwarded this work of genius to over 40 guys in my men’s circle. Paying it forward.

From tnabes:
This is like therapy for all the toxic insecurities around masculinity that society pushed on us men growing up. I’m wearing pink tomorrow. And it’s gonna be cute!

*thanks to Dave McNair for tipping us off to this vid!

For more on the metamodern shift toward embracing “the cool and awe” in everything, everyone, and in the everyday, check out: “That’s AWEsome!!” – The Evolution of a Phrase (or… Why It’s Now Cooler to be AWEsome Than Cool) 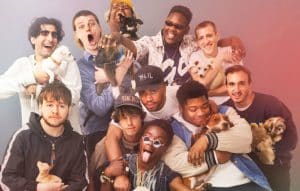 BROCKHAMPTON – Metamodern Hip-Hop Boy Band
BROCKHAMPTON is a U.S. hip-hop collective that breaks a number of norms. For example, they prefer to be called a… 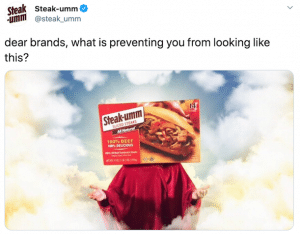 “Brand Twitter” Begets Metamodern Meat?
In an age of fake news and “fake news,” it may or may not come as any surprise that a…