I’ve always liked Weezer, but never felt like they were one of my bands. “The Sweater Song,” “Buddy Holly,” and “Say It Ain’t So” – the hits from their debut album – are definitely musical fixtures for me, and bring back memories of windows-down, stereo-cranked driving in the 90s. Compared to most of what was coming out in that decade, they were more melodic, more infectious, and more committed to feeling something. I would almost call them proto-metamodern. But just not quite. They still had that 90s postmodern alternative rock coyness that made any evident invitation to emotionally invest in them seem like a possible trap. Honestly, I was not motivated to track them closely over the last 25 years… UNTIL!

A month ago (January 21, 2021), Weezer released their latest album, OK Human, and it is exactly the album I need in 2021. And, yes, I dare categorize it as metamodern! The title, as many have said, is a play on Radiohead’s 1997 album OK Computer, suggesting an embrace of vulnerability and interiority and an intentional escape from electronic musical sterility. It also works as a play on the sardonic “OK, Boomer” meme of the last couple years, perhaps attempting to deflate the competition between generations and aesthetic affiliations. The reworked epithet may imply that the joke is on (and by) all of us, together. With no one left out in the cold this time.

OK Human explores new stylistic territory for Weezer, featuring a full orchestra and no electric guitar. This aesthetic choice evokes an unabashedly epic metamodern grandiosity reminiscent of Sufjan Stevens, while, topically, the songs’ explore a more vulnerable, “tiny,” close-in territory than the Weezer I’ve been familiar with. One song that stands out is “Bird With a Broken Wing” (also check out “All My Favorite Songs” – I almost chose to write about it instead.)

The song is narrated from the point of view of some sort of predatory bird whose glory days are behind him. It actually doesn’t make sense entirely if you pay close attention to the lyrics. The bird feeds on “krill,” the kind of sea crustaceans that, among birds, are only preyed upon by Antarctic Petrels; even while there is also talk of the bird being stalked by a “stupid cat” – presumably not an ice hunter. Nevertheless, the imagery (in the chorus here) resonates with metamodern evocations of forlorn hopefulness and reconstruction:

And the bridge braids nihilism and a request for intimacy and belief that almost evokes Peter Pan’s Tinkerbell:

Now, this is still a song by Weezer, whose magic lies in their capacity to colorize fairly simple, sparse lyrics with music that packs just the right punch. The full meaning of a Weezer song is rarely revealed on the written page. To experience the metamodern impact of “Bird With a Broken Wing” you have to hear it. Of course, listening in the context of the full album is ideal.

Other reviewers of OK Human, not surprisingly, appreciate the new leaf that Cuomo and Weezer have turned, but are only part-way convinced. Kory Grow, of Rolling Stone, for example, concludes, “If Cuomo could ever let his guard down fully, without feeling self-conscious, he probably has a great album inside of him.” My suspicion is that Grow is not tuned into the metamodern gestalt that Cuomo has tapped with this new work, in which a light coating of irony (something Cuomo/Weezer will never escape, because of their history), facilitates the delivery of what is indeed a quite heartfelt package of songs, one that – over time – will likely be considered a Weezer classic, and perhaps a classic of our historical moment. 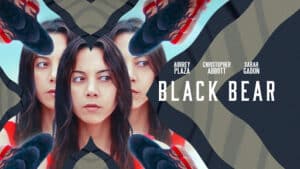 Black Bear: Aubrey Plaza Changes Up Her Metamodern Thing
I paid the full $20 to watch the film Black Bear (online) on its release day (December 4, 2020) mostly…

WHAT IS METAMODERN? Conversations: Deep Reckonings with Stephanie Lepp
https://youtu.be/P2f9S56rEbo This is our first VidCast episode! WiM Conversations is a series of videos in which we chat with other…