This is our first VidCast episode! WiM Conversations is a series of videos in which we chat with other theorists, artists and culture-makers who involve themselves with metamodernism.

Our first guest, Stephanie Lepp, is an artist and activist, whose Deep Reckonings videos use deep fake technology to depict what we might hear coming from the mouths of controversial public figures such as Brett Kavanaugh, Alex Jones, Mark Zuckerberg and, most recently, Donald Trump, if they were compelled to reckon with and account for some of their actions.

In our hour-long conversation we discuss the ethics surrounding deep fakery, contemporary approaches to human monstrosity, and other topics including the YouTube figure Contrapoints (Natalie Wynn), the meeting of Eastern spirituality and American pop culture, differences between metamodernism and Integral Theory or “Integral” and more.

For complete show notes, view the video on Youtube.

And here is a seven minute introduction, laying out our vision for the series. 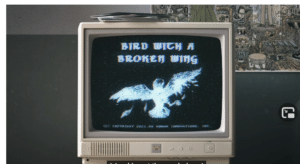 Weezer’s Emotional Breakthrough – “Bird With a Broken Wing”
https://youtu.be/sytRDSFjJzQ I've always liked Weezer, but never felt like they were one of my bands. "The Sweater Song," "Buddy Holly,"… 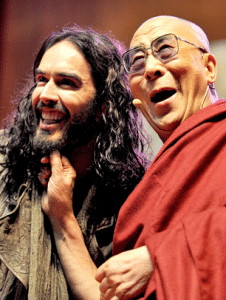 Metamodernism, Russell Brand and Spiritual-But-not-Religious Soteriology
Russell Brand is a contemporary comedian, author, actor, activist, TM meditator and yoga practitioner, of whom, cards on the table,…