Recently I volunteered at the Seattle Art Fair, an annual event that brings together hundreds of galleries and artists to display their work in a sprawling conference area inhabiting part of a football stadium. Not surprisingly, on my break, when I had the chance to roam the fair, I was on the lookout for art with a metamodern vibe.

My eyes were aiming for representational art. I find it easier to discuss the metamodern aesthetic found in artworks that have a narrative aspect than in those that are strictly abstract, or sensory. This is because a lot of the metamodern sensibility emerges from meanings that are found when braiding together opposing modernist/postmodern pairs such as earnestness/irony, objectivity/relativism, and hope/doubt, that are most readily expressed through storytelling and character.

A higher level of critical sophistication seems necessary to reveal how these polarities are manifested in visual art that does not explicitly tell a story or represent something, or in music that has no words. However, at the Seattle Art Fair, I stumbled across a set of abstract pieces that struck me as decidedly metamodern, and specifically as a great exemplar of Timotheus Vermeulen’s notion of depthiness. (More on depthiness in a moment.)

Portal is a set of sculptures by British artist Anthony James. Each piece in the Portal collection is some sort of polyhedron (a regular three-dimensional object whose faces are all the same size and shape – all triangles, all pentagons, all squares, etc…).

If you stand far away enough from the objects, they look spectacular, as in “a spectacle,” but not more than that. Each face has a shiny geometric pattern on its surface. However, when you get closer, peering into a particular face, you experience the “portal” effect — you perceive the object having an interior whose depth goes on way farther than should be allowable given the evident external dimensions of the object, and the laws of physics, as commonly understood. This video doesn’t even really capture the effect fully, but it gets close.

In a 2015 essay, metamodernism theorist Timotheus Vermeulen proposed the term depthiness to to try to name a certain phenomenon observable in much of contemporary art and culture. He quotes a piece of dialogue from Lena Dunham’s show Girls: “Just because it’s fake doesn’t mean I don’t feel it.” Depthiness, explains Vermeulen, is a play on both Frederick Jameson’s term “Depthlessness” (from his book The Postmodern Condition), and Steven Colbert’s satirical term “Truthiness.” The basic idea is that, whereas modernist art was confident in its ability to evoke a deeper, underlying, “real” truth with its representations, and postmodernism rejected as naive such attempts at depth, and instead made surface its focus, metamodern works play in an awareness of the postmodern skepticism of depth, and yet choose to perform or fabricate depth, or do whatever it takes to render the experience of it. Whether or not Anthony James is aware of the theoretical notions of depthiness or metamodernism, this work of his does seem to render a sensory experience of both.

One interesting way that the Portal pieces worked for me is this: There is admittedly a metallic coldness to the work. My own reaction to that feeling is to dig deeper into the work, searching for some “magic” amidst the shapes and reflections. If there’s nothing warm, fuzzy or narrative-y there, I find myself wanting to at least witness the appearance of an intricacy that cannot be easily explained away as an obvious trick. And, indeed, as I looked deeper into the apparent interior of each piece, sure enough, I found more detail – non-repeating detail. Amounts of unique detail that I could not possibly explain using any amateur math/engineering principles at my disposal. And yet, still that metallic, impersonal feeling persists, thus compelling me to travel – and it does feel like traveling – deeper into the patterns, reaching to find a replacement for the missing human element.

This tension between depth offered and depth not-quite-present heightens the viewers awareness of a desire for depth, which is at least an approximation of the experience of depth, if not “actual” depth itself. In Vermeulen’s Depthiness essay, extending an ocean-sports metaphor developed by Allesandro Baricco, he evokes the image of a snorkeler mediating between the (postmodern) superficial experience of the surfer and the (modernist) true-depth-plumbing experience of the SCUBA diver. In a sense, my experience of the Portal objects was somewhat reminiscent of snorkeling: able to peer into an extraordinary realm, while still  not departing very far from the ordinary reality outside it.

A final thought: engaging with the Portal pieces in a public setting added another layer, I found. I’d lost myself when peering into the illusory, shimmery-yet-sterile infinity “beneath” the surfaces of the objects; but, stepping back, I experienced a palpable re-connection to the warmth of the buzzing human social field generated by nearby art enthusiasts, some of whom were remarking on the shared experience of the Portal installation. Metamodern inside, metamodern outside!

For more on metamodern art as social commentary, check out our earlier musings on a job that gives total control to the worker, with no job description and no duties…, or this novel twist on communicating in the age of social media: SOMEBODY. 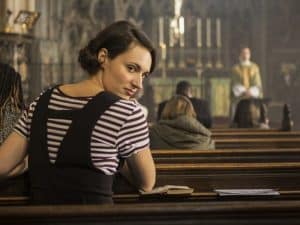 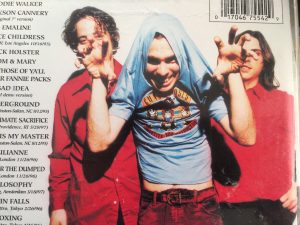