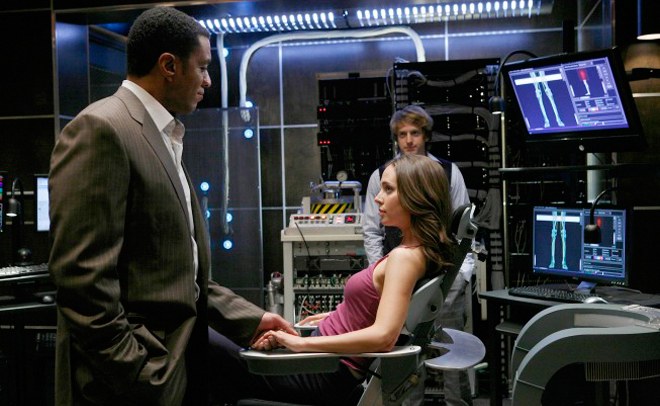 We’ve written previously that Joss Whedon is one of the chief purveyors in popular culture of a metamodern sensibility, and that it may not be an exaggeration to say that his seminal television creation, Buffy the Vampire Slayer, launched aspects of what we now identify as the metamodern cultural sentiment, or at least is partly responsible for its dissemination throughout pop culture. So we figured, why not follow our recent blog post on Buffy with another Whedon creation that included a certain aspect of Buffy’s metamodernism – the television show, Dollhouse (2009-2010).One overarching theme that Dollhouse shares with Buffy is that identity is very plastic. People may or may not be quite what they seem, and, importantly, hardly anyone one is purely a villain, purely heroically motivated, purely “doll” (that is, mimetically manufactured and manipulated) or–the point is made–purely humane in reckoning with the messes made by their drives and desires.

The dolls on this two-season series are humans who’ve been altered by an evil bioengineering company that has made an industry of erasing individuals’ selfhood for easy replacement and exchange with other sets of downloaded personalities, traits, or skills, as dictated by client requests. As we learn, these individuals, due to various troubling circumstances in their own lives, chose to allow their personalities to be “wiped” and made serially re-programmable for a period of five years. Though each doll exchanges personalities over and over, a few of them turn out to have the ability to somehow retain or recognize bits of their core selves, and with that, a sense of some kind of core human values. This ability is portrayed as a kind of “superpower” that eventuates in allowing–nay, forcing–them to begin to act together out of friendship and love and fear.

In some ways Dollhouse’s plot enacts a kind of demonstration of deconstructionism, in the sense that certain characters (and the viewers) are trying to get to the bottom of “the real” by mining through constructed realities. The deeper they go, the more it can seem that there’s no “there” there.

Dr. Claire Saunders: I’m not even real. I’m in someone else’s body, and I’m afraid to give it up. I’m not better than you. I’m just a series of excuses.
Boyd Langton: Every person I know is pretty poorly constructed. Everyone has an excuse for not dealing. But eventually, that’s all they are – excuses.
On the other hand, the dolls’ recognition of personhood moves the plot toward a very big “there” – the notion that there may be some kind of primal animating force (spoiler alert: it’s LOVE) and toward the idea that a doll, in spite of being an empty vessel, can sometimes be taken as the ultimately “real” or ontologically legitimate “self.” Or sometimes not. As with much of Whedon’s work, a number of conclusions are possible. There are some very cosmic moments of ontological realization, for example, when Echo – the main character’s doll identity – “glitches,” as memories of her past identities collide within her currently downloaded personality. In reckoning with the confusion of personality fragments, she has a nondual-realization-like moment of the experience of her contingent multipleness as a oneness: “I am all of them, but none of them is me.” Taking it even further, one of the dolls speaks to her awareness of her instability as not a stopping point, but a negotiation. When she recognizes the personality operating her as a constructed composite, i.e., not the same as her “original” self, she says, in effect, Look, I know I’m a doll. I know now that I’m not ‘real,’  but it’s not gonna stop me from fighting the good fight.
Other interesting multivalencies ensue when various characters accuse other characters of being amoral sociopaths, while they each also have moments of showing their deep humanity and vulnerability. The message conveyed is that it is perhaps as tricky to be a singular human as it is to be a doll–a recognized multiple–in terms of choosing the moral path. And that while finding one’s core identity may be the understandable, driving goal, when the several-identity-laden dolls learn to negotiate their multiplicities, they become a great help. In the final episodes, where actions are mounted to counter the corrupt technology, the cooperation and skills of all are required. Even the first doll, an engineered, schizophrenic genius and mad killer named Alpha, and Adele, the dispassionate, managerial exec who had been devoted to the company’s mission, join forces to stop a catastrophic outcome. Thus the central mind-twister for the viewer is the idea that the personalities inserted into the dolls’ brains are both fabricated AND real. It’s really the meaning that the characters make of their composite natures, then, not the determination of what’s “real” and what’s not, that allows them to transcend the confines of their programming.
Put a little differently, there is a certain push toward a kind of do-what’s-right grand narrative; but its encapsulation in the paradoxical question of how moral purpose could be garnered by a non-real agent insinuates that we need to consider which component of the self really is the “real” part. In other words, the ability to know what exactly is right or moral in this confusion of ontologies is problematized by, but does not (wholly) eventuate in, a postmodern nihilistic conclusion. Taken as a metamodern conclusion, all the characters’ struggles should be seen as real, and their varying motives, along with the partially shady backstories that cause them to try to escape their prior selves by becoming dolls, don’t impact their potential redemptiveness. And the show doesn’t exactly offer a moral referendum on technology either. Sometimes technology is relied upon with success; sometimes it screws everything up. The individuals are the agents who must in the end embrace exactly what they “are” at the moment— ultimately not either human or technobot, but both/ands: wholes and fragments, deeply flawed and super-hero-level redeemable. Compared to Buffy, Joss Whedon’s best known work, Dollhouse is bleaker and lands overall more on the cusp between postmodern and metamodern. Nevertheless, its plumming of ontological questions reveals a tenacious humanism, one that is not surprising, given the character of the auteur’s overall body of work.
*****
Interested in the metamodernism of Joss Whedon’s work? You might also enjoy these earlier posts:
“METAMODERN MUCH?” – Three MM Aspects in Buffy the Vampire Slayer
Joss Whedon Delivers Metamodernist Commencement Address
Tweet Pin It 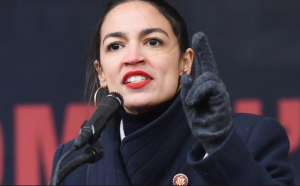 The Metamodernity of Alexandria Ocasio-Cortez
We are generally very careful to avoid identifying individual humans as “being” metamodern. A person is far too complex to… 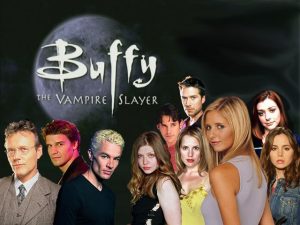 “METAMODERN MUCH?” – Three MM Aspects in Buffy the Vampire Slayer
It’s kind of nuts that in the five years since we started blogging on metamodernism, we haven’t yet written about…