Is Normcore another term for Metamodern?

Not quite. Although it may be argued that Normcore grew out of metamodern soil.

At the moment, the Wikipedia article on Normcore portrays it as strictly a fashion sensibility, whereby people make the conscious choice to opt for indistinguishable clothing, going for the most “normal” look possible. “Having mastered difference, the truly cool attempt to master sameness,” writes K-Hole, a trend watching/business consulting organization and the apparent originators of the term Normcore. Instead of adopting a “look,” the distinguishing move is to adopt a non-look. “Blending in is the new standing out,” Lauren Cochrane in The Guardian from Feb 27, 2014 declares. But this is overly simplistic. As with all fashion trends, there’s more to it than the exterior layer of clothing.

Can Normcore be considered one of the fashion expressions of a metamodern sensibility? Let’s explore…

Two aspects of Normcore that map onto metamodernism are 1) its relation to relationality, and, 2) its transcendence of, or active response to, irony.

*K-Hole devises an alternative typology to our Foucauldian breakdown of the Traditional, Modern, Postmodern, and the addition of the Metamodern, episteme (or cultural sensibility, or “structure of feeling,” as some have called it). In their typology, Youth mode (an understanding “that being adaptable is the only thing that will set you free”) gives way to Mass indie (which “has an additive conception of how culture works. Identities aren’t mutually exclusive. They’re always ripe for new combinations”) which becomes Acting basic, followed by Normcore.

SPECIAL ANNOUNCEMENT:
SEATTLE METAMODERNISM SUMMIT 2022
Conversations on the Arts in an Age of Ironesty!
September 10-11
In-person and Online options
Click HERE for details! 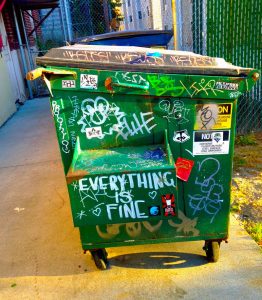 Metamodern Dumpster, Seattle
Everything is fine. 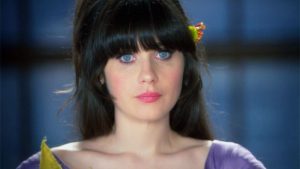